Open Letter from a CHIP Staffer and Camp Fire Victim 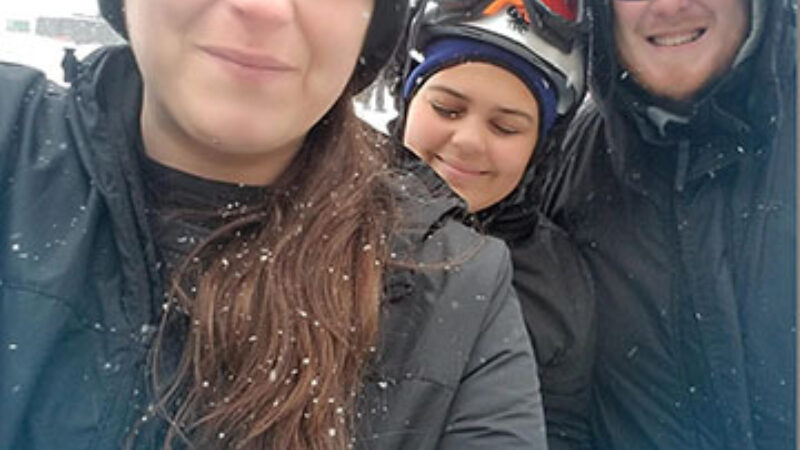 Open Letter from a CHIP Staffer and Camp Fire Victim

Editor's note: One of our staff members, Nicole Powers, and her family lost everything in the Camp Fire. In an effort to help, another staffer registered her family for an Adopt-A-Family Christmas program. Nicole wrote this letter for the program, but we asked if we could share it as a personal experience story. For the record, Nicole has gone above and beyond to help many people, including those who are homeless,  get into rental housing with CHIP.

My husband and I had pretty rough childhoods and both dropped out of high school. Before meeting him, I was a single mother of a beautiful four-year-old girl. My husband and I met in 2008 and instantly hit it off. He quickly took the role of the only father my daughter will have ever known. We struggled a lot. When I met him I was enrolled at Oroville Adult trying to finish getting my High School Diploma. I finished earning my High School diploma in 2009 and then enrolled at Butte College. While working a full-time waitressing job I started at Butte and work relentlessly to do well in school. I was aiming to get a degree in Office Administration. I ended up getting this wonderful opportunity to work at the Police Academy at Butte College as an intern. This was an amazing experience. We ended up getting a nicer and nicer rental as the years went on. Finally I graduated with three associates degrees and my husband a year prior with a certificate in heavy equipment operating.

Paradise was my husband’s hometown, and we moved back up there after getting married in 2011. At the time of the fire, we lived in a three-bedroom three-bathroom house on Edwards Lane. We spoke about renters insurance a week prior. We didn't have the $240 they wanted to add it to my car insurance so we told them that we would call them back, then never followed through. Things couldn’t have been better before the fire. I am working for a non-profit and my husband was working for his father’s business. My daughter was deeply involved in her cheerleading and just got second place in competition and placed in Nationals.

The morning of the fire was a completely odd morning. I woke up a bit late and left for work. At this time, no one realized what was happening. My daughter walked to the bus stop and my husband left for work. I left at 6:30 a.m. At about 8 a.m. I got a call from my husband telling me that they were heading back home because we might have to evacuate Paradise. I did not think much of this because the year prior we had an evacuation warning and it was lifted before we even got into the car. He called me no more than 10 minutes later and told me that he thinks that I should go home because he is still far away.  I left my job and headed up the hill. I still was not panicked. I was just thinking that this would be like the last time. I got home and grabbed a couple of laundry baskets just like last time. I started grabbing random things that I thought that I needed to pack. This is when my phone rang again. It was my sister in law. She called me and started yelling at me not to go home. This is when my heart sunk into my chest. She said that the trees by Safeway are on fire. She told me that she was going to go get my daughter from school. She has never told me this before. This is when started packing faster. I grabbed more useless stuff and threw it in my baskets when my phone rang again. It was my sister in law telling me that she was stuck and could not get my daughter. I panicked, then grabbed my two half empty laundry baskets and dogs and my cat and threw them in my car. I ran back into the house to grab the dog food and got in the car. At this point I realized that the passenger window was open and my cat Harley jumped out. I got out of the car and yelled for her and tried to find her for about 5 minutes but had to leave. I didn’t know how I was going to get to my daughter. As soon as I left, I instantly hit grid lock. The whole city was leaving.

Then my phone rang. It was my daughter. She called from my husband’s phone. This was great news, he got her before I did. Except that she said that fire was falling around them and they are getting in the car now. The fire was on their heels and I was far behind them, knowing the exit to Paradise was closing in. It took them about 10 minutes to tell me that they were safe.

The next three and a half hours of being stuck in traffic in Paradise with fire everywhere was terrifying. I had my three dogs in the car and was on the phone with my mom and grandma. They prayed the entire time. I could hear explosions all around me. The sky was pitch black and I could not see the fire, but I could tell it was close. I sat in a state of panic for the entire three and a half hours it took me to get to Chico.

My husband and daughter were headed to Oroville. We were forced to go separate ways. I just wanted to be with them. I am not going to lie – I cried like a baby for several hours straight. We finally reunited in Oroville at Sonic. We hugged and cried. We ordered food and went to my mother-in-law’s house. She has a small one-bedroom. At this point we were exhausted and emotionally drained. We soon got word that her apartment was also on evacuation warning, and spent the night on pins and needles. We took her to Modesto to be with her sister to be safe. We couldn’t go too far because we wanted to stay close to work.

It dawned on me that my daughter had nothing when she asked me to pass her the dirty socks she took off and put in my glove box. I called my cousin in Morgan Hill and they offered to take my daughter for a few weeks. We then drove to Sacramento and met my cousin. She took my big dog (Sadie) and my daughter. We then went to another friend’s house in Oroville. The way that the fire was traveling made us have to prepare to evacuate there too –but we never did. We ended up leaving and going to be with my husband’s dad and step-mom’s. They went to Woodson Bridge (RV Park). I spent the next two nights on the futon and my husband slept on the floor in their RV. A few days later my step-mother-in-law tells my they have a trailer for us.

Today: I am at work. My husband is back at work. We now live in a 22 -foot RV trailer. We have not found our Harley. My big dog and my daughter are still in Morgan Hill. She is set to come “home” on Friday.

A little about us-

Me: I feel so much guilt for not spending the little time in the house better. I did not grab one item of my daughter’s. I had one job. To get my animals and grab the essentials. I grabbed junk. Not even socks. I feel guilty that my family is still split up and my cat is still missing.

My Daughter: She is an amazing 13 year old girl who is a yellow belt in Tae Kwon Do, she played three years in soccer, two seasons of basketball, spent three years involved in Heartshine, a community service-based pageant program where she did countless hours of community service. Before the fire, her squad had just competed in Cheer Competition. They placed second which qualified them for Nationals in late January 2019. This is likely not going to happen anymore. She remains strong and brave through this whole ordeal. If I could buy her anything right now, I would buy her sterling silver earrings and a hair straightener. She is currently being cared for and has all of her necessities.

My husband: Preston, is 31 years old. He is been the rock. Every once in a while I will see his eyes well up in sadness. He worked so hard for so much and lost it all. His little brother passed away two years ago and I didn’t even grab his funeral handouts or the laptop they were saved on. If I could buy him anything right now it would be a watch. He had a hat collection that he loved. He needs shirts he is a 4x. He prefers plain T-shirts.

Throughout this ordeal everyone has been so kind and generous. Everyone always asking what I need. I need everything and nothing all at the same time. It is so overwhelming to think about and hopefully this gave you an idea.

Thank you for being an ear. I think that writing this helped. If you have any other questions please do not hesitate to ask. Anything helps. It is hard to come up with specifics. Generally when we realize we need something we need it immediately.

Still trying to get used to this “new normal.”

I appreciate everything. Thank you so much!! 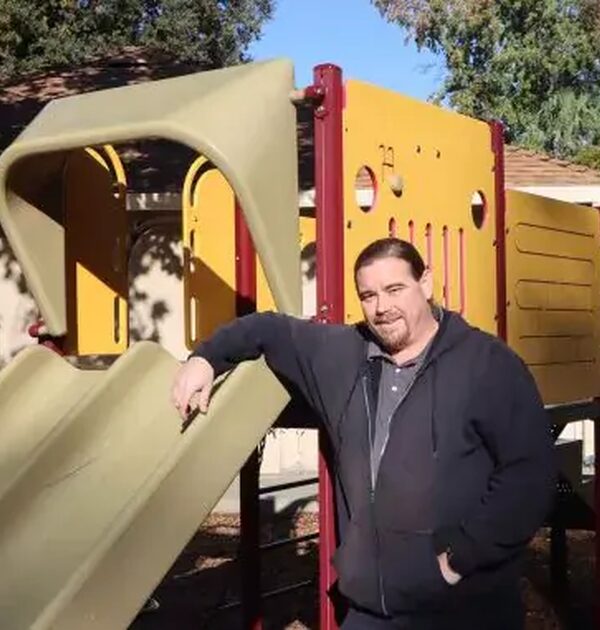 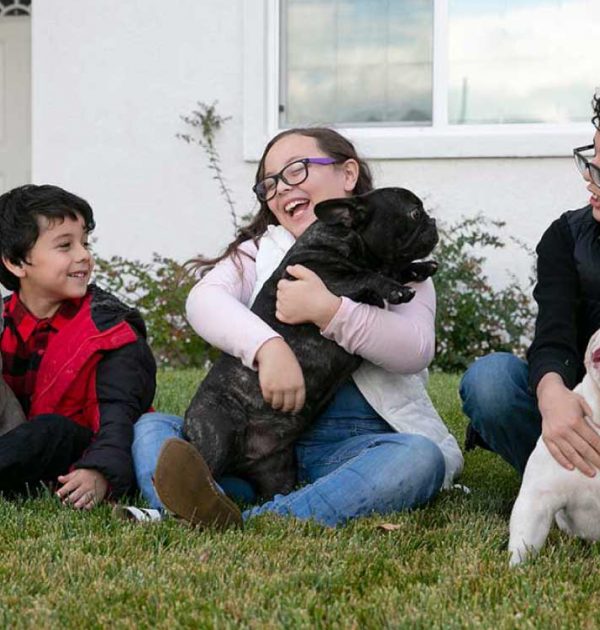